That Woman: Beating the odds in Colonial New York is a book you should read. This is a classic revenge story but it’s written in such an engaging way that it’s hard to put it down. It has an excellent pace and a very strong story. Even though it’s placed in the XVIII century it could easily be placed in another time setting. Sarah’s story is an emotional one but the author does not hold back on the violence needed for her to survive in such harsh conditions.

The first couple of pages are not that interesting: do not feel discouraged. The best is yet to come. And as you start reading more and more you’ll get hooked and drawn to Sarah’s story. The author has a very compelling and engaging style, well-written and with character development. It would be easy to turn this into a sob story. Instead, the author chose to write a powerful female heroine. Congrats.

Format: Kindle Edition
That Woman: Beating the Odds in Colonial New York by Wayne Clark was more enjoyable than I expected. I was initially put off by its length – it runs over 400 pages. But, as I began to read, I found that I enjoyed Clark’s writing style. The plot is intricate and the setting is vast. Even with the length, I found the story moved along fairly quickly.

This novel is a great piece of historical fiction. I feel like I learned more about New York City during the Colonial period than I did before. I also was horrified to learn about the way indentured servants were treated. The main character, Sarah, suffers rape and violence at the hands of her wicked master. It was hard to reconcile what I thought of servants versus slaves when I read the novel.

Additionally, I loved seeing New York City during this time period. It was rift with money and poverty and grime. I found the setting to be completely enthralling.

But, the thing I loved the most about the novel is the strong female lead. Sarah Da Silva fights for her freedom and for herself. She stands up to evil with bravery. I really appreciated the clear good versus evil depictions of herself and her master, Croman. Her characterization made the book even more enjoyable.

3 more favorable ratings in the past two days for 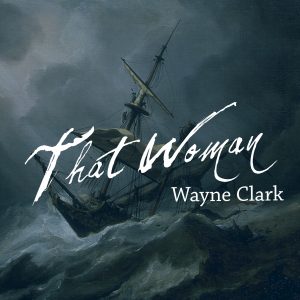 , now only 99c. Check out reviews here or on Amazon

Wayne Clark is a Montreal writer and author of the international award-winning literary fiction novel he & She. In addition to writing fiction he has worked as a journalist, copywriter and translator.

As a well- seasoned writer, he is successful in the structuring of a consistent and intelligent content which accompanies the realistic enviroment and historic detail of the time. His sensitivity creates different moods representative of his well-considered character descriptions, engaging the reader to feel the same.

It was the highlight of Sarah’s week when her father, Gabriel Da Silva, signaled for her and her older brother Jacob to prepare themselves to accompany him while he conducted business on the quays of Bordeaux. Sarah, the youngest, was only 17 but she was already taller than her father, and almost as tall as her brother, two years her elder.

Sarah has fear and hurt so well decribed:

“Sarah began to feel hurt. It wasn’t the same kind

of passing hurt she felt when her father didn’t laugh at one of her little jokes. At first, she felt this hurt had no source. It was just there, a kind of haunting presence.”

The captain of the ship Yorkton:

“That foul man kidnapped us, Jacob, and threw us in a stinking hole, and every day since he has lied to us and used us to his ends. Yet there he is letting his chest swell at the thought of the goodness he has bestowed upon us. I know where I’d like to pass his torch…”

The businessman, Zachariah Croman set eyes on Sarah, he turned to the captain of the Yorkton, who had arrived with Sarah and Jacob in tow, claimed Sarah: On the three subsequent visits, Croman wore his linen waistcoat. He seldom said a word while he had his way with her against the same wall. The belly that pinned her grew to the size of a nightmare.

Sarah and Jacob were separated:

“At the moment, dear sister, I am better in servitude with a full stomach. My master says I am suited to this work, to engraving. He says I have the eye to become a master, too. Maybe then I’ll have my own business.” Jacob was not only alive, but alive inside and out. Sarah beamed. “Show me what it is you do, oh happy slave brother of mine.”

Sarah’s commerce had been growing rapidly since her return, when she assiduously did the rounds of medium-to-large merchants to acquaint them with her inventory and prices. She-merchants were becoming almost commonplace and Sarah was able to compensate for the disadvantage of being young and pretty, and therefore frivolous, by a confidence born of a lifetime of experience in business.

Since revealing her plan to Jacob and Noah to rid her life of Croman once and for all, and have her indentureship declared null and void, she had scarcely slept. That was three days ago. The three of them had sat in the rain on the wharf facing the tavern. The rain provided relief from the relentless heat of the past week. It also assured them of privacy.

Sarah’s plan in a letter to the authorities:

The letter states that Croman has commanded Captain Marcellus Flemming, of the brig Yorkton, to take by force if necessary, young persons of French nationality in the port of Bordeaux, France, of sound body sufficient to the performance of the tasks required of indentured servants in this city.

Furthermore, the two such persons, named Jacob and Sarah Da Silva, of Bordeaux, France were brought to the New World colony against their will in the year 1748. Desirous of acting according to the law, the girl should be released the from her indentureship. Her brother Jacob was sold to a local engraver, by the name of Henry Fitler, of Broad Street. This impropriety should be brought to his immediate intention.

Part Two of the plan was now complete. Armed with this letter, not only could Sarah pursue Jacob’s freedom, she could hold their crime over the heads of both Croman and the captain. By itself, it would not be regarded as a serious offense. Kidnapping of people to be indentured was not uncommon. But Sarah sensed it might turn out to be worth its weight in gold should Croman refuse to comply with the Part Three of her plan. The effort to write the longer letter left Croman moaning. Sarah was deaf to it. “Now we have arrived at the final item of business. Listen carefully. Do not interrupt, and know that my demands are beyond discussion.” Croman was breathing heavily. “You will acknowledge in writing that on at least six occasions you violated me in your very offices, threatening to throw me out of the lodgings you provided under my illegal indentureship if I spoke a word of the atrocities you have inflicted upon me. ”

“Secondly, you will immediately, that is before you go to Philadelphia, find proper lodgings for me. These will be private lodgings, which will remain at your expense forever. You will testify that this does not reflect generosity on your part but a God-fearing man’s desire to right the vile wrongs you have committed. ”

“Thirdly, you will rent warehouse space for me here on Great Queen Street or Water Street and stock it with cloth, wines and other merchandise for me to sell, the anticipated profits from them being enough to establish myself as a trader.”

The narrative is illuminated by sensitive descriptions of the passage towards abovementioned goals set by Sarah.

Growing up in the 1700’s was a precarious time, where you could easily be ruined by a stroke of bad luck. Gabriel Da Silva tried his best to prepare his children for taking over his business or even building their own businesses. Who would think you need to prepare your child to be kidnapped? I mean seriously most people do not have the particular type of skills to know what to do. The characters are authentic for the time period as well as credible. Sarah will steal your heart with her intelligence, compassion and determination. Jacob is intelligent, funny and extremely skilled. Noah is smart, loyal and strong. Michel is smart, ambitious and a great leader. Sarah’s compassionate heart brings them all together as family.

The author’s writing style and pace is good and keeps the reader captivated. It was a little slow starting out but quickly picks up after first few chapters. Sarah and Jacob were taken to a new country far from their home and had to rebuild their lives. Despite the fat man’s several attempts to harm Sarah, in the end she becomes extremely successful. I couldn’t imagine how hard it must be to try to survive after what she had went through. It is an amazing tale of survival, revenge and love mixed with action adventure.

The story is incredibly well written which makes it a joy to read. It isn’t a book I would typically pick up but I’m glad I did. I was on my toes and intrigued from start to finish. I have recommended this book a few times already.