↓ Skip to Main Content
Home › Editorial Reviews: One Murder Too Many

Editorial Reviews: One Murder Too Many 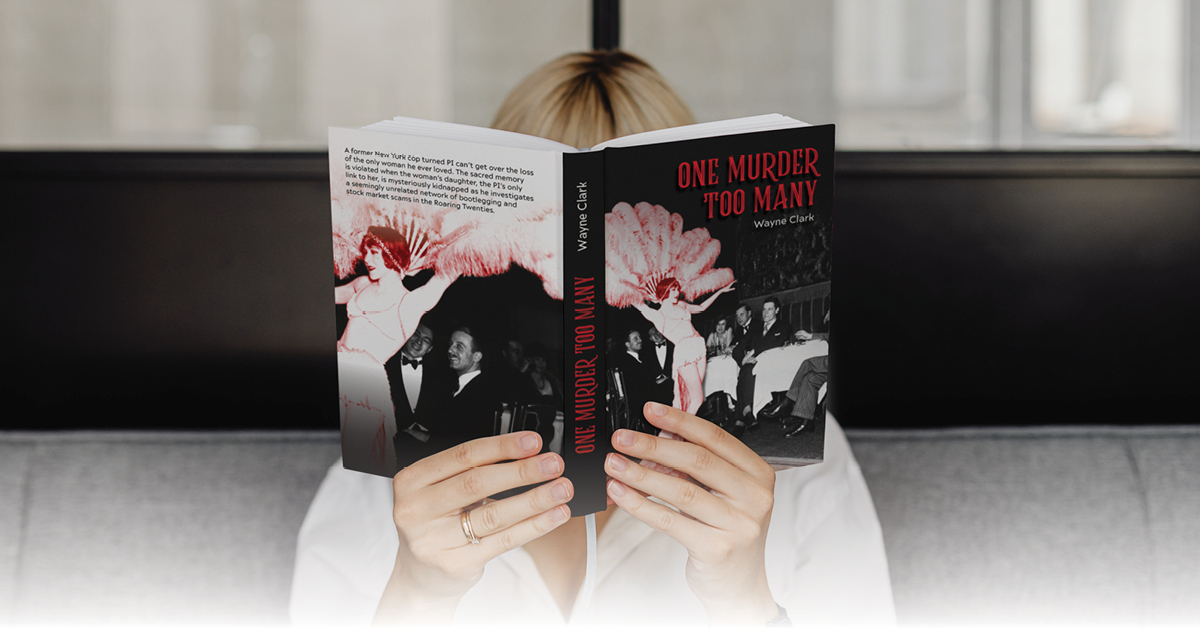 “As far as whodunnit murder mysteries go,
One Murder Too Many is one of the best books
I’ve read in recent times.”

Readers are in for a thrill

Fans of whodunnit murder mysteries or sleuth investigative stories are in for a treat with Wayne Clark’s One Murder Too Many. Set in the 1920s, the book follows Humphrey Barstal, a former NYPD cop turned private investigator whose services are sought by an aspiring writer named Frankie. Frankie has been recently duped out of $10,000 by a wily stock market broker. At the same time, Eve, the daughter of Humph’s lifetime love, goes missing. Humph now finds himself chasing a series of clues alongside members of the NYPD police department that will embroil them in a deeper conspiracy involving an illegal bootlegging enterprise operating out of Montreal, a prostitution ring, and an Irish mobster with a knack for violence. Will Humph be able to save Eve while a string of brutal murders makes the investigation even more dangerous?

As far as whodunnit murder mysteries go, One Murder Too Many is one of the best books I’ve read in recent times. Wayne Clark weaves an intricate plot that throws unexpected curveballs and bombshells up until the end, leaving you in a constant state of excitement over what’s going to happen next. The gripping plot aside, every character feels well-developed and has enough agency in their actions and motives so that you can’t help but be engaged in their character arcs. Humph is a relatable guy who feels like someone you may have met in real life. All in all, I very much enjoyed the book and will gladly recommend it to anyone who loves whodunnit murder mysteries.