↓ Skip to Main Content
Home › Blog › Wayne Clark, Author Of ‘he & She,’ Named As Finalist In 50 Great Writers You Should Be Reading Awards

Wayne Clark, Author Of ‘he & She,’ Named As Finalist In 50 Great Writers You Should Be Reading Awards

Wayne Clark Posted on November 25, 2015 Posted in Blog No Comments 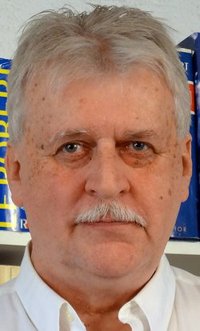 [Wilmington, NC, November 24, 2015]  Canadian author Wayne Clark has been named as a finalist in the ’50 Great Writers You Should Be Reading’ book awards. ‘he & She’ is an in-depth, fictional exploration of the subject of male midlife crisis.

“It’s putting it mildly to say I was absolutely delighted the morning I was informed I’d been recognized by the Authors Show,” Clark said. “I’ve won other awards but there’s no denying that for an author there’s something especially gratifying about being given a place under the umbrella of 50 Great Writers You Should Be Reading.”

“My book deals with the problem of midlife crisis, albeit in a rather unorthodox way,” Clark says. “But as our population ages the problem is growing and it is my hope that people reading ‘he & She’ will be prompted to look more closely at their own inner lives to discover what is really important to them before going off the deep end as my protagonist nearly does. I’m hoping this award from the Authors Show will help.” 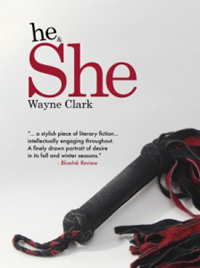 ‘he & She’ also took a 5-Star Silver Medal in the Readers’ Favorite International Awards. In addition, Clark was chosen as a Finalist in the 2015 IAN Book of the Year Awards for general fiction.

A number of critics have praised the award-winning novel. BlueInk Review called it “… a stylish piece of literary fiction… intellectually engaging throughout. A finely drawn portrait of desire in its fall and winter seasons.” A review on the IndieReader site stated that ‘he & She’ is, “A remarkable investigation of a man attempting to save himself from stagnation.”

Winners in the ’50 Great Writers’ awards are determined by public vote. Members of the public are invited to read about the contestants and to vote for their favorite by visiting http://www.wnbnetworkwest.com/WnbAuthorsShow50Writers2015-Finalists.html